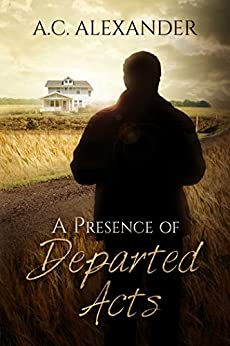 When Caroline Williams survives a traumatic event where she’s injured and a friend is murdered, she decides to abandon her career as an actress and return to the farm where she grew up. She’s shaken and the last thing she needs is to almost immediately encounter the man she once loved.

David Thompson is a physician who has taken over his father’s family practice, something that was not at all in his plans, but then nothing has fallen neatly into place. When he hears his former fiancée is back in town, he wonders if fate has it in for him. Caroline is as beautiful as ever but he has to wonder about her stability when she claims there’s someone out there stalking her.