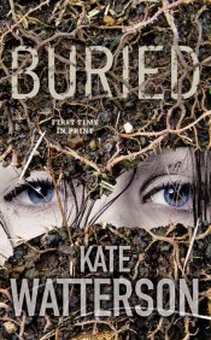 Kate Watterson continues Ellie MacIntosh's story in Buried.
​
Two cases vie for Detective Ellie MacIntosh's attention―a sudden rash of seemingly unrelated cop killings and the discovery of an old, hidden grave on her grandfather's property. The clues to the recent murders leave a confusing trail of corruption, drug running, and possible political intrigue. The hidden grave reveals a skeleton―literally―in Ellie's family closet. She attempts to juggle both cases with help from her temporary partner, Carl Grasso, and her former partner, Jason Santiago, who is restless on medical leave. Did Ellie's grandfather know the grave was out there? Could the ruthless killer of Milwaukee's finest be one of their own? Ellie doesn't know who she can trust, and she's just become the killer's next target
Available For Purchase At:
Proudly powered by Weebly